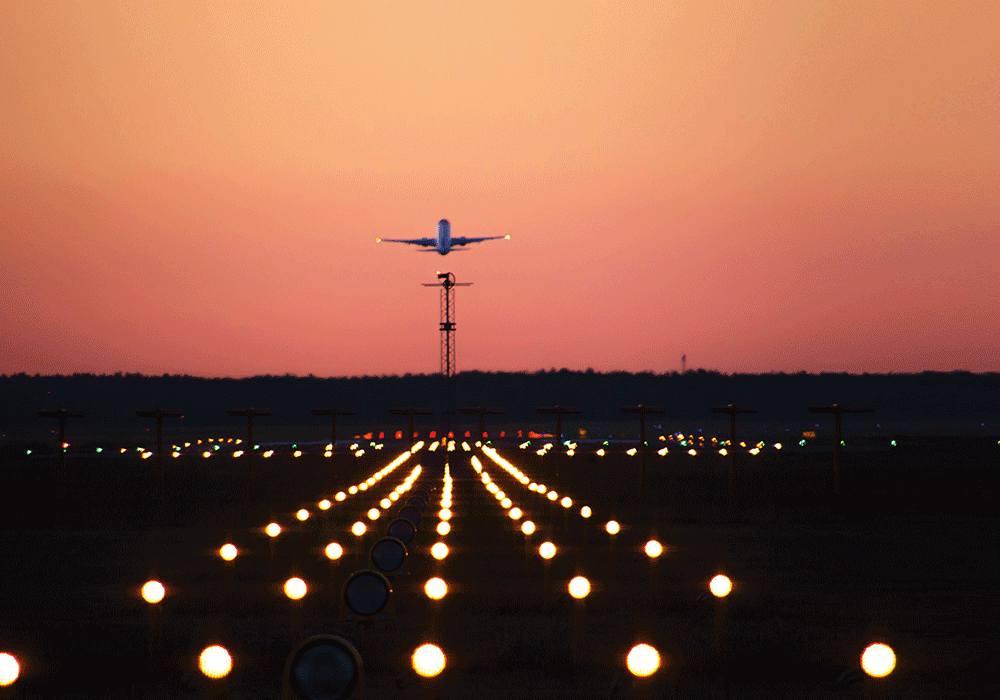 Africa is a favourite destination for intrepid adventurers, luxury holidaymakers and business travellers. And, according to the latest figures, an even greater influx of tourists is anticipated in the coming years. If the continent is to receive these visitors gracefully at its various airports, infrastructure needs to be upgraded and the advantages of regional hubs better utilised.

The UN’s World Tourism Organisation (UNWTO) estimates that in the near future, Africa will see a significant increase in visitors – from 50 million to 130 million. Worldwide, international tourist arrivals increased by 6% in 2018, the organisation said, to 1.4 billion, with Africa seeing an increase of 7% – that’s 67 million arrivals.

Stronger economic growth, more affordable air travel, technological changes, new businesses models and greater visa facilitation around the world are behind this accelerated growth. ‘The growth of tourism in recent years confirms that the sector is today one of the most powerful drivers of economic growth and development,’ says UNWTO secretary-general Zurab Pololikashvili. ‘It is our responsibility to manage it in a sustainable manner and translate this expansion into real benefits for all countries and, particularly, to all local communities, creating opportunities for jobs and entrepreneurship, and leaving no one behind.’

The International Air Transport Association (IATA) agrees that Africa will be one of the fastest-growing aviation regions in the next 20 years. The continent has at least 730 airports and more than 400 airlines, and its aviation industry supports close to 7 million jobs. Moreover, the sector generates US$80 billion in economic activity. IATA predicts that passenger numbers in Africa will grow by 4.7% per year, reaching an anticipated 294 million by 2034, almost tripling from the 107 million mark recorded in 2015.

That said, there are numerous challenges the continent must first overcome if the aviation industry is to reach its full potential. These include weak infrastructure, high ticket prices, inadequate connectivity and visa regulations for travellers. Liberalisation is another problem. Currently, most intra-African aviation markets remain largely closed, bound by restrictive bilateral agreements that limit the growth of air services. IATA, in a report titled Transforming Intra-African Air Connectivity, notes that if just 12 key African countries opened their markets and increased connectivity, 155 000 additional jobs and US$1.3 billion in annual GDP would be created.

‘Robust air connectivity unlocks significant economic and social benefits. I call aviation the business of freedom,’ says Alexandre de Juniac, IATA director-general and CEO. ‘Air transport creates jobs, facilitates tourism, supports international trade and is an engine of economic activity.’ However, Africa needs to modernise its airport infrastructure, he notes. ‘Being able to connect countries is very important, and this is lacking in Africa, in my view.’

Greater liberalisation of the market will make it easier – and cheaper – to travel within the continent. The Single African Air Transport Market (SAATM) or ‘Open Skies’ policy, launched in January 2018 by the AU, has been signed by 28 of Africa’s 55 countries. These 28 represent more than 80% of Africa’s existing aviation market. Consensus in the industry seems to be that once the SAATM comes into effect it will create immense opportunities for tourism, business and trade, simply because it will be easier for travellers to connect via the major hubs to countries currently difficult to access.

Raphael Kuuchi, IATA vice-president for Africa, believes the Open Skies agreement represents a decisive move towards greater intra-African connectivity. Indeed, every open-air service agreement implemented in the world to date has boosted traffic and economies, as well as job creation. No less is expected from Africa on the back of the SAATM agreement, Kuuchi has said, although the benefits of a connected continent will only be realised through effective implementation of the policy.

Several countries have taken notice of the need for urgent infrastructure upgrades, and numerous projects are already under way across the continent, including in Algeria, Egypt, Ghana, Ethiopia, Madagascar, Morocco, Nigeria, South Africa, Tunisia, Uganda and Zimbabwe.

According to Modern Airports Africa, Algeria’s Houari Boumediene International Airport in Algiers will carry a price tag of US$1 billion. While work is due to begin this year, it won’t be complete until 2032. Egypt’s Borg El Arab International Airport, due to break ground this year, will have a similar price tag – US$1.05 billion – but should be complete by 2022. The project includes the construction of a new terminal building; an apron and the related facilities; and taxiways to improve the airport’s capacity. Eco facilities and equipment, such as solar power generation and high-efficiency air conditioning, will be a key feature.

There is much work being done in Nigeria too, including the recently completed new terminal construction project at Abuja International Airport (a project estimated to have cost US$1 billion), as well as the current remodelling of 22 airport terminals. Due to be finalised in 2022, this project will see the remodelling, repair and renovation of airport interiors and equipment, as well as the replacement/repair of chillers, travellators and escalators, conveyor belts, check-in counters and toilet facilities.

Ethiopia will one day have a brand-new airport. With work due to start in 2020, Airport City near Addis Ababa will involve the construction of a large-scale international airport with four major runways, as well as the development of transport links to the capital and surrounding urban areas.

Uganda, meanwhile, is spending a significant amount – some US$500 million – on the expansion of Entebbe International Airport, which will take place across a three-phase development plan. It includes the construction of a new passenger terminal building able to handle three million passengers per year, a new cargo centre and an automated baggage-sorting system. As far as possible, eco-friendly initiatives will be preferred, such as solar power. Several runways are also being lengthened.

According to IATA, in 2017, 20.9 million passenger journeys were made to, from and within South Africa, with aviation and tourism representing US$9.4 billion in gross value added, and accounting for 3.2% of the country’s GDP. Over the next two decades, the South African market could more than double in size, the organisation says, meaning 23.8 million additional passenger journeys and some US$20.2 billion in GDP.

IATA’s De Juniac says there is ‘good reason’ to be proud of all that aviation has achieved in South Africa. However, while these numbers are a good sign, some changes are still needed to ensure that the country’s full potential is reached. ‘Government policy reforms to promote business, trade, investment and tourism are essential to make the most of air transport to the benefit of the South African people and economy.’

Cape Town International Airport (CTIA) recorded a 9.6% increase in international passengers from 2017 to 2018, with 2.6 million passengers making their way through the terminal in 2018. According to Tim Harris, CEO of Wesgro, the region’s trade and tourism investment promotion agency, this has resulted in a ZAR6 billion boost to Cape Town’s economy since 2015, through direct tourist spend. The passenger growth, which stemmed from long-haul carriers outside the Southern Africa region, is due in large part to the work of the Cape Town Air Access partnership, first launched in 2015.

To keep up with this increasing demand, CTIA has several key infrastructure projects planned for the next few years, totalling a ZAR7 billion investment. The projects include the refurbishment of the domestic arrivals terminal and expansion of the international terminal, and a new realigned runway worth an estimated ZAR3.93 billion. The latter will enable the airport to handle large aircraft such as the Boeing 747-8 and the Airbus A380.

Regarding what the coming six to 12 months might hold, Wesgro’s Harris says: ‘Cape Town Air Access will be attending World Routes 2019 in Adelaide, which is a global conference where airlines, airports and DMOs [destination marketing organisations] meet to discuss current and potential new routes. We will continue to focus on supporting our current air route network, which includes partnerships with Nelson Mandela Bay and Kruger Mpumalanga International Airport, while looking to include new markets such as Australia, West Africa and South America.’