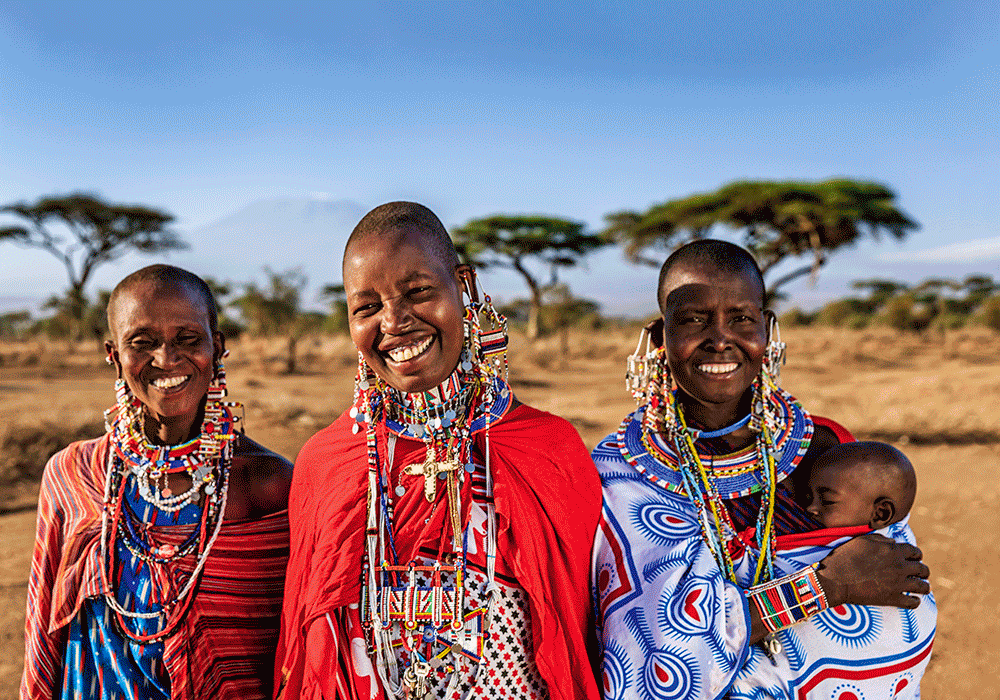 At its most basic level, investing in girls and women is about survival. It directly affects males and the survival of boys, too. Take investment in education for example: each extra year of a mother’s schooling reduces the probability of her infant dying by 5% to 10%. Children of literate women are 50% more likely to survive past the age of five than those of women who cannot read. And women without any education are 2.7 times more likely to die as a result of childbirth than those with more than 12 years of education.

These are global statistics used by UN agencies such as UN Women and Unicef to explain why it’s crucial to invest more in girls and women, particularly how investing in girls’ education is a cost-effective strategy for socio-economic development and growth. Such investments also play an instrumental role in meeting the UN Sustainable Development Goals, specifically SDG 5 (‘Achieve gender equality and empower all women and girls’) by 2030.

Gender inequality and extreme poverty – which is defined as living on less than US$1.90 per day – are so intrinsically linked that some gender activists have come up with the slogan: ‘Poverty is sexist’.

Africa is home to more than 600 million women and girls, but because most official statistics reflect household rather than individual income, it’s difficult to get a clear picture of the gender dimensions of poverty. Adding to the complexity are ‘zombie’ statistics with wildly exaggerated figures, according to a World Bank blog with the headline: ‘No, 70% of the world’s poor aren’t women, but that doesn’t mean poverty isn’t sexist’.

‘We assume that [in a household] everyone under that roof lives at the same level of deprivation,’ says Carolina Sánchez-Páramo, World Bank Group global director of poverty and equity global practice, who co-authored the blog. ‘However, evidence and common sense tell us that this is rarely the case; women, children, people with disabilities, and elders, for example, often receive smaller portions of food or have less invested in their education and health.’

The writers explain that poverty rates are highest among children – who account for 44% of the world’s extreme poor – and girls are most affected, with 105 girls for every 100 boys living in extreme poor households, across all ages. ‘As boys and girls get older, the gender gap in poverty widens further,’ they write, adding that for every 100 men of the same age group, 122 women between the ages of 25 and 34 live in poor households. ‘Sub-Saharan Africa, home to most of the global extreme poor, has the largest gender poverty gap.’

UN Women provides a long list of statistics to support this statement: for instance, female farmers make up just 12.8% of the world’s agricultural landowners; women and girls in sub-Saharan Africa spend roughly 40 billion hours a year collecting water – which is not only far more than their male counterparts, but also equals a year’s worth of labour by the entire workforce of France; and women still spend about 2.5 times longer than men on unpaid domestic work and caring for children, family members and others. In monetary terms, this unpaid care-work by women is estimated to account for as much as 10% to 39% of the global GDP.

In sub-Saharan Africa, narrowing the gender gap could boost the annual GDP by 12% (an estimated extra US$300 billion) by 2025, according to a McKinsey report.

Kenyan matriarch Rebecca Lolosoli, who founded a women-only community called Umoja Village, has risen to global prominence as a voice for abused and disenfranchised women. She has summed up the rights demanded by Africa’s girls and women. ‘We want to pick our husband. We want to own the land. We want to go to school. We don’t want to be cut anymore. We want also to make decisions. We want respect in politics. We want to be leaders. We want to be equal.’

All these issues – including an end to child marriages and female genital mutilation – are among the women’s rights that the AU strives to see implemented. They are included in the Maputo Protocol (as the Protocol to the African Charter on Human and Peoples’ Rights on the Rights of Women in Africa is known), which was adopted by the AU in 2003. It would make a huge difference in women’s lives in Africa if the provisions laid out in the Maputo Protocol – such as those relating to reproductive health, marriage and divorce, education, food security, inheritance, adequate housing, and the elimination of harmful practices, among others – were ratified and implemented by all AU Members.

Currently 40 of the 55 AU Member States have ratified the Protocol, although Cameroon, Kenya, Mauritius, Namibia, South Africa and Uganda have recorded reservations (with some nations not agreeing with issues such as the marriage clauses and the right of women to control reproduction).

In February 2019, an AU press release announced that a continent-wide campaign to end another controversial issue, female genital mutilation, had been launched on the sidelines of the 2019 AU Summit. ‘More than 50 million girls in Africa under the age of 15 years are at risk of being subjected to female genital mutilation by 2030 if concerted action is not taken now,’ the statement notes. ‘The Saleema Initiative will look to galvanise political action to enforce strong legislation, increase allocation of financial resources and strengthen partnerships to end female genital mutilation, particularly within communities most impacted by the harmful practice.’

While gender equality is clearly enshrined in the AU Constitutive Act, Article 3 of the Protocol on Amendments to that act further calls for the organisation ‘to ensure the effective participation of women in decision-making, particularly in the political, economic and socio-cultural areas’. Aspiration 6 of the transformative Agenda 2063 envisions ‘an Africa, whose development is people-driven, relying upon the potential of African people, especially its women and youth and caring for children’.

As the AU’s ‘Decade of African Women’ (2010 to 2020) is winding down, the organisation has further demonstrated its commitment by adopting the AU Strategy on Gender Equality and Women’s Empowerment (GEWE). The strategy covers the 10 years leading up to 2028, with the AU Commission’s Directorate of Women, Gender and Development mandated to oversee its implementation. ‘The launch of the Strategy for Gender Equality and Women’s Empowerment at the February Summit will create a stronger momentum for all these efforts,’ Commission Chairperson, Hon Moussa Faki Mahamat, said in March. ‘Among other objectives, it aims to ensure respect for the dignity and integrity of women in times of peace and conflict.’

More specifically, the strategy is geared up for gender mainstreaming in all sectors, including legislation and legal protection; economic empowerment; and peace and security. According to the GEWE strategy document, it contains a ‘Theory of Change, which shows how specific actions and interventions will generate positive outcomes under the strategy’s four pillars: maximising (economic) outcomes, opportunities and tech e-dividends; dignity, security and resilience; effective laws, policies and institutions; and leadership, voice and visibility’.

Speaking during celebrations for pan-African Women’s Day on 31 July, Mahamat emphasised that ‘African women continue to be the backbone of our economies as farmers, entrepreneurs, traders, scientists and leaders in many other sectors’. He argued, however, that key Agenda 2063 projects such the open skies, blue economy and infrastructure development cannot be realised without the full involvement of women and youth.

‘One of my priorities remains the full implementation of the policy organs’ call to have gender parity in the workforce of the AU by 2025,’ he added. ‘It is within this context that I recently appointed the first ever AU Youth Envoy, who is a woman. ‘I also continue to advocate for Member States to adopt and implement policies as well as to create a conducive environment for women to participate effectively, equally and fully in all sectors of society.’

One example of the AU’s initiatives to mainstream gender is the Network of African Women in Conflict Prevention and Mediation (FemWise-Africa), which promotes the role of women in peace-making efforts such as mediation processes, conflict prevention and social cohesion activities. To date only a handful of female leaders have participated in AU-led mediation.

While at its most basic level, girls’ and women’s empowerment is about survival and implementing fundamental human rights, at the highest level it’s about creating a pipeline of women who can lead the continent in politics as well as in the economy, the judiciary and civil society.

As of mid-2019, only one country in Africa – Ethiopia – had a female leader, but there’s the expectation that continued investment in girls and women will over time improve this figure, along with overall gender equality in Africa. Eventually, it may even lead to the AU electing its first female Chairperson.