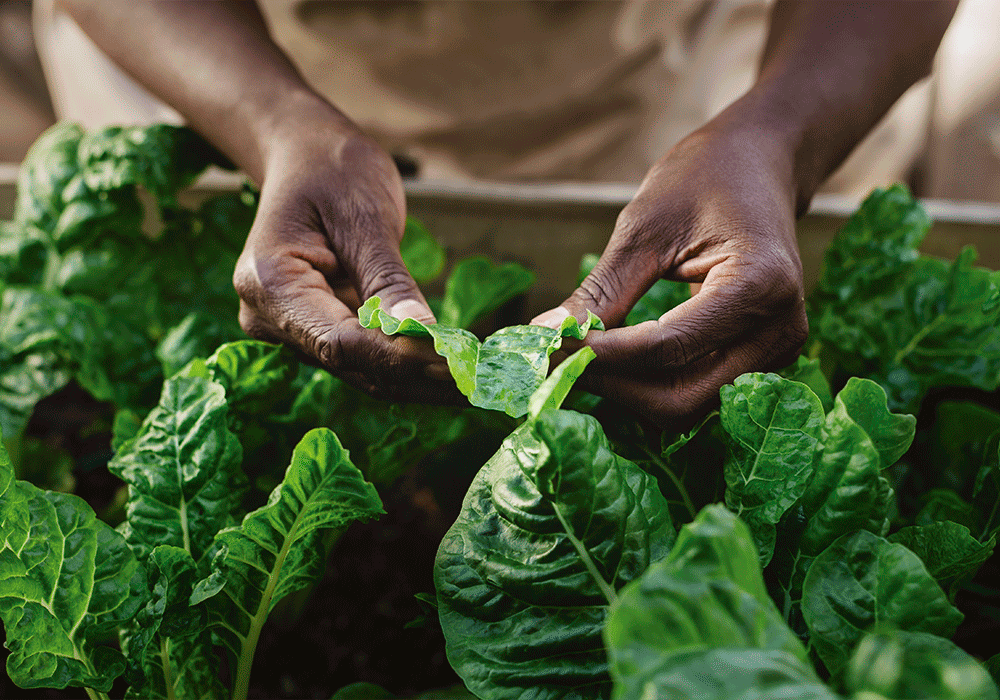 Sub-Saharan Africa’s population is expected to double over the next 30 years, passing 2 billion as its economies develop and industrialise. The continent will become increasingly important on the global stage, as climate change and food security threaten its role as a potential global breadbasket. As former British Prime Minister Tony Blair underlines in a piece for the WEF, ‘revamping agriculture – particularly in Africa – is a precondition for sustainably feeding a global population that could increase to almost 11 billion by the end of this century’.

He writes that while the COVID-19 crisis has highlighted a number of global vulnerabilities, ‘fragile agriculture and food systems, particularly in Africa and other low-income regions, have exacerbated the pandemic’s impact. Unless addressed, these systems’ shortcomings could deepen any crisis in the decades ahead’.

For Blair – and for many global observers – the argument for fundamental reforms is partly a moral one (the UN World Food Programme recently warned that the number of people suffering from acute hunger in low- and middle-income countries could almost double this year), and partly in the ‘enlightened self-interest of all countries’. This, he writes, ‘is because food and agriculture are central to making the world’s health, economic and security systems fit for the 21st and 22nd centuries’.

Agriculture is one of Africa’s most important economic sectors, making up 23% of the continent’s GDP, by World Bank estimates. In sub-Saharan Africa, nearly 60% of the economically active population works in the sector; while the continent’s exports of food and agricultural products are usually worth between US$35 billion and US$40 billion a year, according to research by market consultants McKinsey. And, as McKinsey points out, African agriculture was experiencing several tailwinds prior to COVID-19.

Major growing regions in Southern, East and West Africa experienced high rainfall in 2019, which brought strong harvests after years of drought. Still, parts of East Africa continue to be ravaged by locust infestations, while climatic events led to low rainfall in south-eastern Africa and flooding in the east.

What are Africans doing to increase the good yields, and to overcome the crises? Plenty, it turns out. Moroccan-based phosphate fertiliser producer the OCP Group is focusing its efforts on the ground farmers use, based on the understanding that the nutrients that end up on people’s plates are taken from the soil. ‘To have healthy people, we need healthy diets that start from healthy soils,’ the company states.

‘All plants require 17 elements provided by air, water and soil to complete their life cycle,’ according to Mohamed Louay ElMetougui, post-doctoral fellow at Mohammed VI Polytechnic University (UM6P). ‘Among these nutrients, three macro key nutrients that are essential for growth are nitrogen, potassium and phosphorus, which can be found in most fertilisers. Except in a few cases, application of all these nutrients in most African countries is less than the crop requires and below the recommended rate.’

As a phosphate miner, OCP has a unique opportunity to boost soil value through its mining reclamation and afforestation efforts. ‘OCP is trying to rehabilitate saline and sodic soils by using phosphogypsum, a phosphate industry by-product, as an amendment,’ says ElMetougui. ‘Recent research conducted by OCP and UM6P showed a great potential of phosphogypsum for improving crop productivity under salinity conditions.’

OCP’s reclamation process requires collecting and storing topsoil during the mine’s operation in order to reuse it later. This process preserves the soil’s properties and facilitates subsequent planting. ‘To facilitate the reclamation process, the areas to be mined are stripped and the excavated topsoil is stored,’ according to the OCP Group. ‘Then, this soil can host new fruitful trees such as argan trees in our Khouribga mine that the local community can use to create an economic output for themselves, especially [given] that this rare species that has high economic value worldwide is specific only to the Moroccan central region.’

Meanwhile, there’s a growing movement towards lab-developed crops that can resist disease and produce high yields. ‘We are looking for new solutions and how we can use technology to give our people and ourselves better and improved crop varieties to fight hunger and improve the quality of living,’ Dr Priver Namanya Bwesigye, who leads Uganda’s banana research programme at the National Agricultural Research Laboratories in Kawanda, recently told Cornell University’s Alliance for Science. ‘We also need varieties that can give us more in terms of nutrients.’

Bananas are a key staple food and cash crop in Uganda, and Bwesigye and her team are using genetic engineering to develop varieties that are resistant to nematodes, bacterial wilt and weevils. One of their more advanced genetically modified varieties is a banana that is biofortified to provide vitamin A.

However, a lot of work still needs to be done to dispel public concerns around biotechnology and so-called ‘Frankenfoods’. That biofortified banana is expected to reach farmers once Uganda implements a legal biosafety framework guiding the use of GMOs. The Ugandan Legislative Assembly has already passed the National Biotechnology and Biosafety Bill of 2012, but President Yoweri Museveni has twice (in 2017 and 2019) declined to sign it into law, citing issues related to safety and security.

‘We have trialled the technology in multiple locations – all the four banana-planting regions of Uganda – and it will be ready by the time we have a legal framework,’ says Bwesigye. ‘We have to do this [multi-location field trial] before we can give it to the farmers. We want to be sure that different farmers across the country can plant the variety and have similar results. In this case, all the banana yields should be rich in pro-vitamin A.’

Bwesigye describes the idea of adopting the pro-vitamin A banana as being ‘a no-brainer’. The detractors, she says, will always be there, ‘but we need to understand that these technologies, pretty much like everything else in life, have advantages and disadvantages. We just have to harness the advantages’.

A third element of African agritech that requires attention relates to water usage. With the International Federation of Red Cross and Red Crescent Societies warning that at least 11 million people in Southern Africa face food shortages due to drought, water efficiency is a crucial intervention for the region’s – and the continent’s – farmers.

Israeli-based agricultural hardware-software solutions provider SupPlant is currently working with farmers in South Africa, using agronomic algorithms, sensors, artificial intelligence (AI) and cloud-based tech to explore increased crop yield and reduced water usage. The company’s sensors monitor plant stress and crop-growth patterns using real-time and forecast climatic data. This information is then uploaded to an algorithm in the cloud every 30 minutes to autonomously generate the exact irrigation levels required. Using this method, SupPlant reports having decreased water usage by 37% in apple crops, while increasing yield in lemons by 60% and macadamia nuts by 21% among those South African farmers.

If a system like that proves impractical for farmers in other parts of Africa, perhaps Loay Radwan’s G-Beetle might provide an alternative. Radwan, a 21-year-old Egyptian environmental engineer, was one of five young African entrepreneurs recognised by the UN for their work in helping to combat global challenges. G-Beetle is an agritech start-up that helps farmers monitor elements such as crop temperature and soil water content, which are essential in measuring the efficiency of irrigation systems.

While sensors already exist to perform this function, farmers often need to buy several sensors to cover their land, each with their own modules and micro-controllers. G-Beetle is a small, palm-sized remote-control car, which ‘drives’ out to pre-planted soil sensors and receives their readings via infrared. Along the way, it reads the temperatures of various plants. That data, combined with weather forecasts, provides farmers with the information they need to make decisions on irrigation.

Crude? Perhaps, but certainly effective. G-Beetle is also an indication of the scope of innovation in African agriculture, which ranges from big data-driven sensors to DNA-level seed manipulation. In South Africa, there’s a local saying that goes, ‘’n Boer maak ’n plan’, which means ‘a farmer makes a plan’. In the face of droughts and floods, locust swarms and global pandemics, Africa’s farmers are living up to that promise.