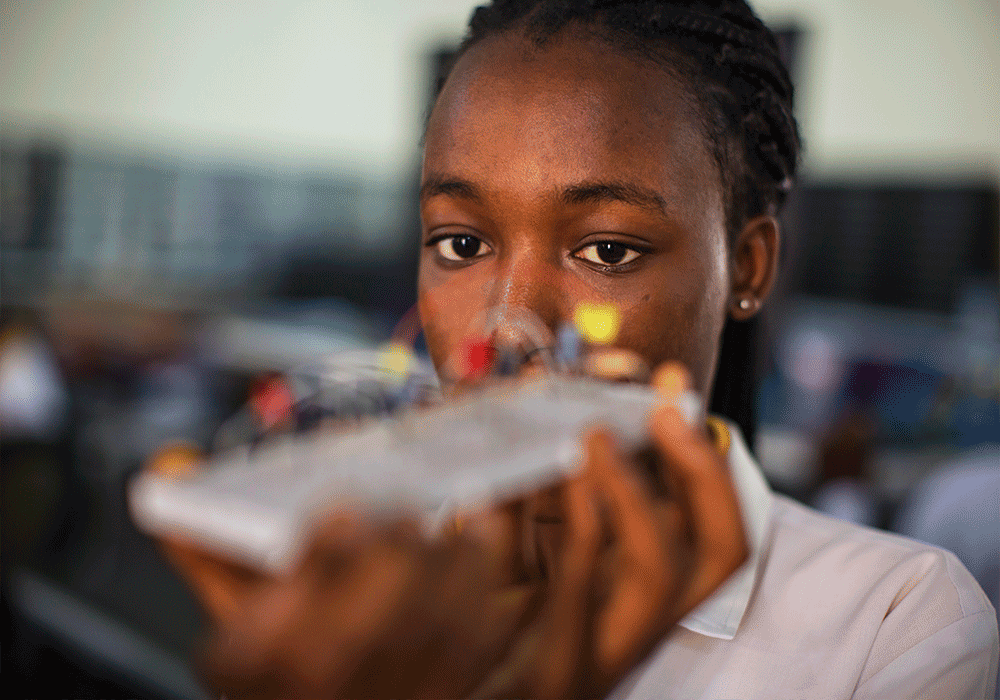 The vision for the African Women’s Development and Communication Network (FEMNET) is ‘an African society where gender equality is achieved, and women and girls enjoy all their rights and live in dignity’. FEMNET plays a role in facilitating, advocating and mobilising women to participate in all levels of decision- making and policy.

Workshop objectives
The key objectives of the workshop were for Members to gain an understanding of the meaning of gender and the impact policies have on the women and girls of Africa, and to become aware of the tools available for gender-responsive analysis of budgets and how gender-responsive budgeting (GRB) can transform the economic emancipation of women.

What is gender-responsive budgeting?
GRB can be defined as a policy tool for analysing the implications of public revenue and expenditure by considering the constraints and challenges experienced by women, girls and other vulnerable groups. It can address gender inequality in resource distribution and opportunities, and it has the potential to prevent some categories of persons from being denied access to public resources.

In most cases, when planning, budgeting for and implementing public projects, the exercise is skewed and not responsive to the needs and interests of women, girls, boys, youth, people living with disabilities, people from remote rural areas, the elderly, poor men, the marginalised and other vulnerable groups. When examining and interrogating the budget, MPs have the opportunity to ask questions in terms of resource allocation for public programmes that are aimed at uplifting the status of women, girls and other vulnerable groups. In so doing, GRB can help promote all-inclusive social and economic growth through public expenditure.

Gender analysis
Gender analysis strives to look at whether funded public programmes, policies and resource allocation are likely to reduce or widen gender inequalities. It determines who benefited most from the allocated resources (by interviewing the beneficiaries) and why, and it ensures that public expenditure meets the intended results. It seeks to address whether gender equity and fairness were achieved during allocation of resources and public spending and whether funds allocated to different public projects were used for the intended purposes. The other option of conducting gender analysis is to assess the potential of public spending by using interviews to track whether funds are utilised for the intended purpose, or why programmes are not implemented or don’t have the intended impact.

Budgets and public expenditures should be responsive to the needs of the entire population, not only one gender or a few groups in the society. The weak and the vulnerable should be considered and included in government budgets and programmes through gender mainstreaming by improving their rights, interests and opportunities.

Gender budgeting and the care economy
Care work is culturally important in Africa, and formalising this process will help curb incidences of gender inequality. It is often unpaid and mostly undertaken at home by women and girls. This traditional role has forced most women and girls to concentrate on home duties such as cooking, looking after children, collecting firewood and water, washing dishes and doing laundry, instead of engaging in formal work or going to school for education. It has robbed women, girls and other care workers in Africa of opportunities for growth and development.

Lessons from Uganda
In Uganda, the Forum for Women in Democracy started championing and advocating GRB in 1999. In 2005, GRB was adopted and it was eventually enacted in 2015. The enactment made it mandatory for every government entity to indicate how they will address gender and equity issues in their planning, budgeting and implementation. This approach made it possible to broaden the coverage beyond gender to include other forms of inequalities, such as those arising from disabilities and age.

Challenges and opportunities
The workshop highlighted the fact that at the outset there was a general lack of capacity and understanding of GRB and gender-related issues among Members.By the conclusion of the workshop, Members recommended that countries make GRB a priority and advocate for social sectors to receive a deserving budget. Members stated that the current inequality should not be allowed to continue and that Member States should ensure that there is equity without any discrimination in the next generation.