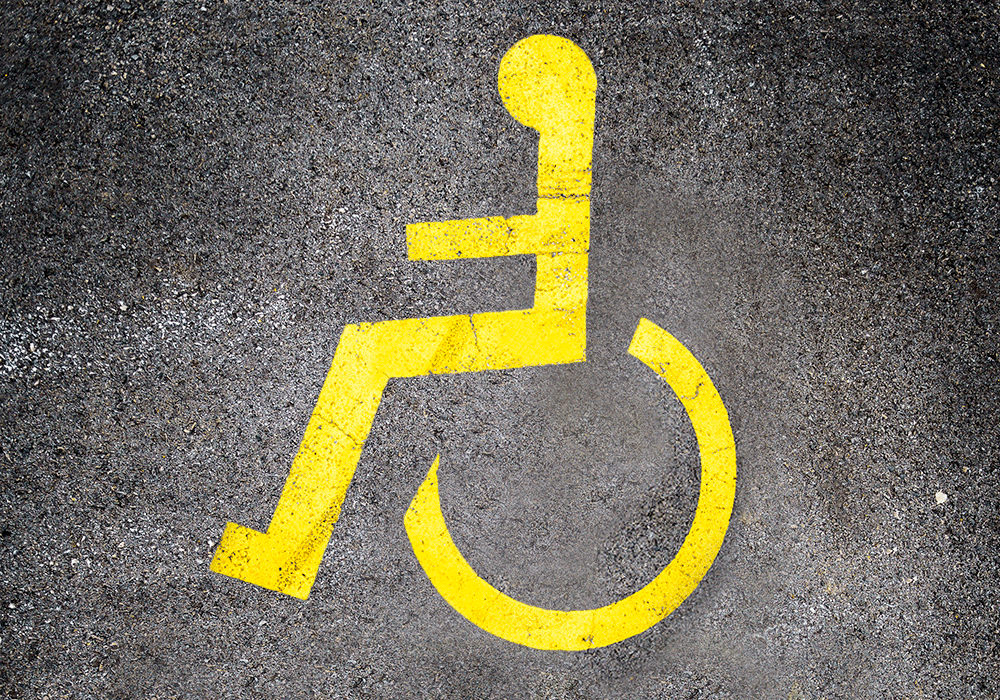 The African Decade of Persons with Disabilities was set for 1999–2009, with the aim of creating awareness about disability and identifying solutions tailored to the African context. Because of slow implementation, the period was extended by the 2010–2019 Continental Plan of Action for the African Decade of Persons with Disabilities. This plan outlined three key activities: the promotion of inclusion of people with disabilities in all sectors of society; the development of institutions that deal with disability; and the creation of monitoring and reporting mechanisms for the implementation of the plan.

AU Member States then adopted the Protocol to the African Charter on Human and Peoples’ Rights on the rights of persons with disabilities in Africa to expedite the recognition of the rights of people with disabilities. This Protocol paved the way for the development of the Draft African Model Disability Law that would consolidate best practices from around the continent. The next step was to engage key stakeholders from the North and East African regions, sensitise them to all the aspects of the draft model law and invite them to give their input.

The consultations
The meetings in Morocco and Kenya included a variety of stakeholders. From the northern region, civil society organisations from Algeria, Egypt, Morocco and Tunisia were in attendance. From the eastern region, organisations came from Djibouti, Kenya, Mauritius, Rwanda, Somalia, Tanzania and Uganda. Representatives from Ghana, Guinea Bissau and the DRC were also in attendance. The objective of the consultative meetings was to ensure that the final model law reflected the aspirations of the people of Africa. To do this, the PAP participants would invite feedback on the draft model law; share experiences of relevant national and sub-regional legal and policy measures; learn from other countries in terms of how they’re approaching some of the challenges; and sensitise authorities to both the need to ratify the Protocol and how useful the draft model law would be.

Presentation of the Draft African Model Disability Law
The Legal Officer of the PAP, Clément Phebe Mavungu, presented the Draft African Model Disability Law. He pointed out to the participants that the law had already been through its initiation and development steps, and as the PAP had endorsed it in November 2018, it was now being submitted for regional consultation. He went through the model law in detail and described its intrinsic value as an effective tool for harmonising legal and policy frameworks.

Debate around the draft model law
The participants in the debate raised a series of challenges from both regions, mainly relating to lack of political will and the proper structures to address disability issues. Some of their specific issues included:

Structural challenges
In most African countries, ministries of Social Affairs tend to deal with disability, women and children. Others place disability under the Ministry of Labour and Social Protection. This means that disability is frequently overshadowed by programmes aimed at supporting women and children. One of the key observations was that disability policy development and programming has not been integrated as a human rights issue, which makes it difficult to adequately address the issue across all sectors.

Recommendations on the draft model law
To create an environment where African people with disabilities can enjoy the same rights as able-bodied citizens, PAP Members drafted these recommendations:

In conclusion
Mainstreaming disability in all spheres of life will enable persons with disabilities to fully enjoy their rights. Disability would therefore be systematically included in programmes through sufficient budget allocation. Consultations should continue for the Central, West and Southern African regions before final submission of the draft model law to the Plenary.

To deliberate on the effective implementation of the 2018 PAP Resolution on Persons with Albinism, a workshop was held during the statutory Committee sitting of the PAP in South Africa

The Disability Rights Unit of the Centre for Human Rights, in collaboration with the office of the UN Independent Expert on human rights of persons with albinism, hosted a workshop on the rights of persons with albinism in Africa. It was attended by the PAP Committee on Justice and Human Rights; and the Committee on Rules, Privileges and Discipline. The main purpose of the workshop was to deliberate on measures for the effective implementation of the PAP Resolution on Persons with Albinism, which was adopted in May 2018.

Human rights and albinism in Africa
Perpetua Senkoro, from Under the Same Sun in Tanzania, briefed the attendees on what albinism is, and the human rights violations against people with albinism in Africa. Albinism is a lack of pigmentation in the skin, hair and eyes. This condition is extremely rare and very random in how it spreads in society (for a child to be born with albinism, both parents need to carry the gene, though neither of them will necessarily have the condition). 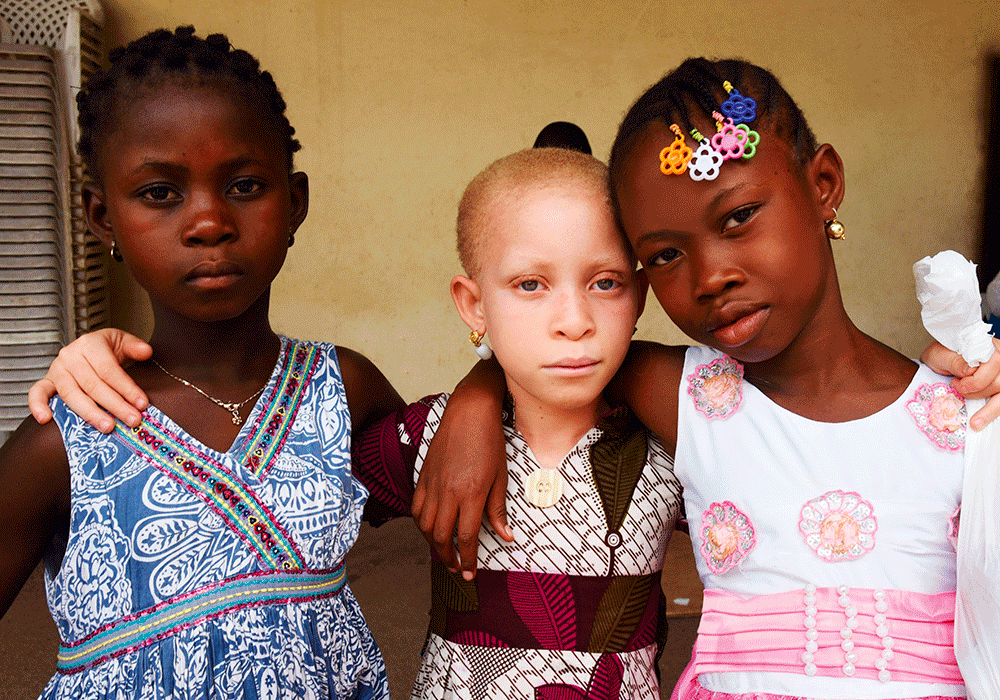 People with albinism experience various physical challenges, including visual impairment. This creates difficulty in the education system because visual aids, such as study materials in large print and magnifying glasses, might not be available. They can also be the victims of harmful social practices. Some people believe that the body parts of persons with albinism are lucky charms or have unnatural powers. These beliefs have contributed to the abduction, mutilation and trafficking of body parts of persons with albinism. Currently, 29 countries have reported attacks against persons with albinism, including Tanzania, the DRC, Malawi, South Africa and Mozambique.

Due to social and physical threats, people with albinism are stigmatised, struggle to use the facilities provided to greater society and fear seeking employment because of the stigma attached to their condition. They are also not necessarily protected by their country’s justice system.

Country experience from Malawi
There are 15 000 people with albinism in Malawi and they live in constant fear and danger due to the threat of witchcraft. Since 2014, 164 cases have been lodged with the police in relation to threats or crimes directed at people with albinism; three of which were murders and about 24 of which were missing persons cases. In all the cases, the assailants or perpetrators are known to the communities and police. However, not one of them has been successfully prosecuted and some of the accused have been found dead in police custody. While Malawi has a national action plan to raise awareness of this issue and to clamp down on the killings, this has not yet changed the situation. Evidence shows that people with albinism are not safe in Malawi.

Human rights interventions
Muleya Mwananya, Deputy Regional Director of Amnesty International South Africa, spoke about human rights interventions and outstanding human rights issues in Africa – but with particular attention to Malawi. She highlighted how junior judges are appointed to deal with these cases and their limited experience means the matters are not properly addressed, even though the penal code has been amended to make punishments much harsher. Suspects often die in police custody before they can be prosecuted, which has led to Amnesty International asking if there was a connection between the (suspected) criminals and the police.

Regional Action Plan
President and founder of the Albinism Society of South Africa, Commissioner Nomasonto Mazibuko, informed the committees about the Regional Action Plan (RAP) in Africa. Its aim is to eradicate discrimination against persons with albinism and to lay out practical means of ensuring that these people live normal and healthy lives without intimidation or fear. So far only five African countries have signed and committed to implementing the plan.