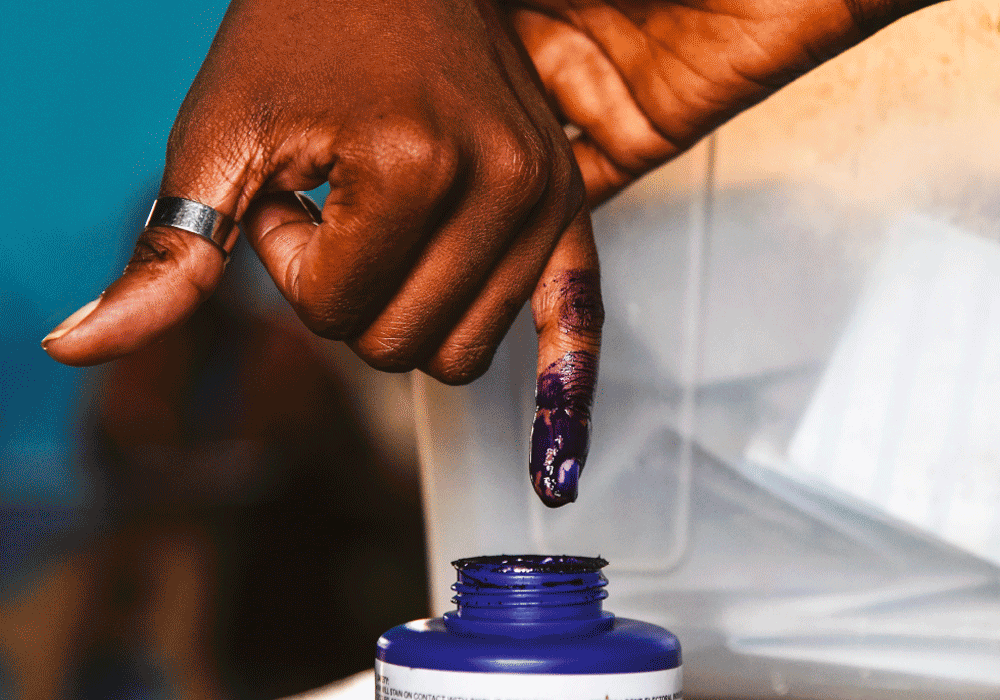 Job Ogonda, Senior Adviser from the Open Society Foundation, gave the keynote address. He stated that African societies had had varying forms of democracies throughout history, and that while the arrival of Western-style democracy had improved some democracies, it had also damaged many others that had been thriving.

Many elections in Africa are marred by unofficial groups, individuals, foreign interests and commercial companies that have undue influence on election processes. Ogonda noted that, in many countries in Africa, there are constituencies that experience ethnic prejudice, fear of exclusion and fear of victimisation. Voting in these countries has been reduced to ‘tribal arithmetic’ and in some nations, historical animosity among ethnicities has manifested in the form of ethnic cleansing and insurgence.

Elections and democracy
A presentation by Boniface Dulani from Afrobarometer posed the question: ‘What do Africans want from democracy and elections?’ Afrobarometer is an organisation that measures citizens’ attitudes towards, among others, democracy and governance, the economy and civil society. Dulani briefed the Members on the notable trends in Africa.

He noted that there is:

Role of conflict in elections
Patricia Nyaundi from Crisis Action pointed out that citizens are the centrepiece of any functional democracy. Through their vote, they have the power to maintain and/or change public leadership. Elections have become the most critical action of conferring legitimacy to any government. She said that botched elections are often characterised by multiple technical flaws, such as violations of political rights, harassment of opposition parties, inaccurate voting registers, threats to voters, ballot stuffing and broken dispute-resolution mechanisms. Flawed elections were also experienced at party level. Factors that fuel pre-/post-election conflicts in Africa include:

In her final remarks, Nyaundi noted that the politics of non-inclusion is not a new concept on the continent; it was first introduced and popularised by colonialists. In the scramble for and partition of Africa, resource allocation became a prominent tool of governance. It is, however, a trend that has continued in post-independent Africa. Ascendancy to power has been seen in the spectrum of resource control.

Conclusion and recommendations
A major weakness is that given the degree of flawed elections and the failure of the State, there is growing apathy towards the democratic system. Political parties are losing their credibility and impact in the political system, in varying degrees, in nearly every African country. In Africa, ‘democratic deficit’ is related to the basic shortcomings in the electoral system, resources distribution and gross absence of the rule of law. The distribution process is extremely unfair, with one ethnic group grabbing the lion’s share of government appointments or development-related activities.

Ethnic hegemony seems to have penetrated the ranks and files of the political parties, and parties have not been able to bridge the gap of ethnic divide in society. To a large extent, interest groups fuel the process, which helps fan instability, encourages conflicts and slows the transition to democratic governance. Another factor generating cynicism and apathy has been the inability of political systems to carry out economic reforms that serve the interest of the majority.

There are some exceptions, such as Rwanda, which has the highest parliamentary female gender representation in the world (48.8%). Many other African countries have a long way to go in gender empowerment. Reform should be geared towards creativity and efficiency. Recruitment and promotion should not be seen from parochial considerations but should be based purely on performance and merit after due consideration of qualification and experience. Creating equal opportunity for all is vital and will enhance and strengthen the democratisation process. These are all challenges of sustainable and good governance, hurdles that need to be addressed by political parties, interest groups and the State.

Members expressed the urgent need to review the AU Charter on Democracy, Elections and Governance and charters for the RECs to ensure they are effective in guiding inclusive, credible and peaceful elections. The participants in the workshop proposed that in addition to the AU Commission (AUC), the PAP should undertake an independent electoral observer mission in all general elections among Member States. Members encouraged political parties to develop and implement their own internal codes of conduct that will punish electoral offenders.

To ensure equality and inclusiveness, parties should adopt internal affirmative action policies and also develop policies aimed at fostering inclusivity, especially with regard to national resources, public services, job opportunities and public contracting when they form governments. The Members also recommended that the AUC and RECs should urge Member States to adhere to the principles of the AU Charter on Democracy, Elections and Governance as a way of eliminating exclusion and conflict in electoral processes.