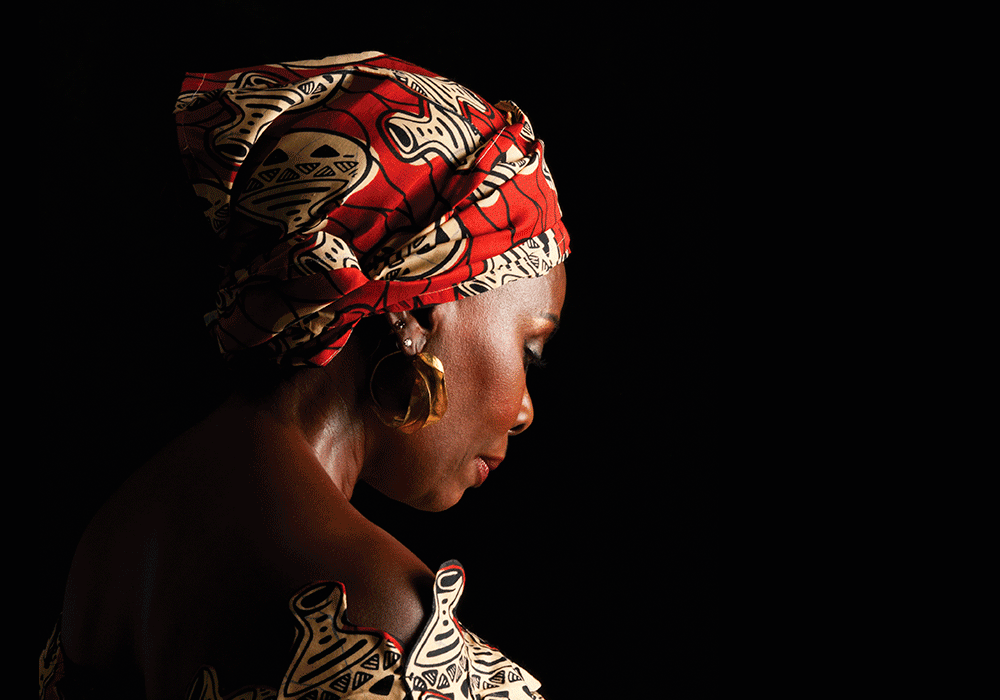 The PAP Women’s Caucus was established to help create an integrated Africa where all women and men participate in the decision-making process. This includes the ability to enjoy and fully exercise all rights for sustainable political and socio-economic development.

The caucus’ action plan for 2018/19 focused on the PAP objectives to strengthen the participation of citizens, particularly women, young people and vulnerable groups in the parliamentary process; to promote common values and human rights; and to ensure the ratification and domestication of AU legal instruments.

11th PAP Conference on Women’s Rights
The PAP Women’s Caucus hosted the Conference on Women’s Rights in Kigali, Rwanda, on 31 October and 1 November 2018. The conference focused on the role of Parliamentarians in combating corruption through the enactment and enforcement of laws and the implementation of relevant instruments, in particular those dealing with the impact of corruption on women and development in Africa. The conference was held under the patronage of the First Lady of Rwanda, Jeannette Kagame, with the participation of Rwandan Ministers and Members of the Rwandan Parliament.

The PAP Women’s Caucus had the opportunity to meet Mahawa Kaba-Wheeler, Director of the Women, Gender and Development Directorate at the AU Commission (AUC), and Commissioner Lucy Asuagbor, Special Rapporteur on Rights of Women in Africa at the African Commission on Human and Peoples’ Rights. It was agreed that the partnership between PAP and AU organs, in particular the African Peer Review Mechanism (APRM), AU Development Agency and the AUC, should be formalised, with a view to harmonising their programmes and activities on gender equality.

33rd GIMAC Meeting
The Gender is My Agenda Campaign (GIMAC) was held from 3 to 4 February 2019 in Addis Ababa, to discuss gender-responsive, durable solutions to forced displacement. The conclusions of that meeting were sent for consideration to the 32nd Summit of Heads of State and Governments of the AU, held on 10 and 11 February 2019. The 33rd meeting of GIMAC presented a valuable opportunity to deliberate on the condition of displaced women and girls, and to find sustainable solutions in accordance with the AU theme for 2019: Year of Refugees, Returnees and Internally Displaced Persons: Towards Durable Solutions to Forced Displacement in Africa.

Hon Stephen Masele, First Vice-President of the PAP, highlighted the fact that International Women’s Day was a platform that supported the rights of women and girls around the world. He said that the PAP had a crucial role to play in supporting the implementation of international and regional treaties to promote the rights of women. He concluded by stating that women and girls should have the right to legal protection, security, a dignified life and respect for their rights. Hon Margaret Miti, First Deputy Chairperson of the PAP Women’s Caucus, led the celebration proceedings. She reiterated the importance of the day, which was crucial to redefining priorities and commitments of Member States on the rights of women. Prof Fatima Karadja, Deputy Chairperson of the Panel of Eminent Persons of the APRM, gave a presentation on the horrors experienced by refugee women in Africa, with specific reference to their vulnerability to becoming victims of crimes, such as rape. Valentin Tapsoba, Regional Director for the UN Refugee Agency, talked about the challenges faced by refugee women in Africa. He noted that refugee women and girls were constantly subjected to sexual violence in the camps and conflict areas.

Another challenge faced by refugee women in Africa is the issue of citizenship. Women in refugee settings and areas of displacement cannot grant citizenship to their children. Hon Khayar Oumar Defalah, APRM Chairperson of Focal Points, spoke to the seriousness of the situation of refugees, highlighting the sexual violence towards women, the lack of safety in camps and terrorism.

In preparation for the participation of African delegations, the AU’s Ministers of Gender/Women, and Social Affairs met from 3 to 6 February 2019 in Cairo, Egypt, to develop a common African position and create synergies and action strategies on social protection and true gender equality. At the CSW, the PAP had the opportunity to represent the AU at several meetings, during which the Hon Jamila Debbech Ksiksi, Chairperson of the PAP Women’s Caucus, presented the common African position, as well as the work done by the Parliament and the Women’s Caucus. The PAP delegation’s attendance at the CSW was an opportunity to improve the visibility of the Parliament and to promote its work and that of the PAP Women’s Caucus. It also showed that the AU was committed to achieving the objectives on gender equality and the empowerment of women.

In keeping with established tradition, the PAP Women’s Caucus hosted its 11th Conference on Women’s Rights, which was held in Kigali, Rwanda, from 31 October to 1 November 2018. The theme of this year’s conference was: the Role of Women in the Fight against Corruption

The Chairperson of the PAP Women’s Caucus, Hon Jamila Debbech Ksiksi expressed the view that women had a pivotal role to play in fighting corruption as they were most affected by its negative effects. In her official opening address, Jeannette Kagame, First Lady of the Republic of Rwanda, thanked the PAP for organising the conference and for holding its session in Rwanda. With regard to the theme of the conference, she pointed to the potential losses suffered due to corruption. She noted that curbing corruption could bolster growth by between 0.5% and 1%. She therefore called on African countries to build strong institutions and create policies anchored in accountability in order to fight against corruption, as this would build an Africa that was ‘good for our children’.

Fighting corruption
Hon Solina Nyirahabimana, Rwanda’s Minister for Gender and Family Promotion, spoke to attendees about the central role of governments in implementing frameworks on gender equality and the fight against corruption. Rwanda has outlawed discrimination and sexual harassment in the workplace and created equal opportunities and pay for men and women. 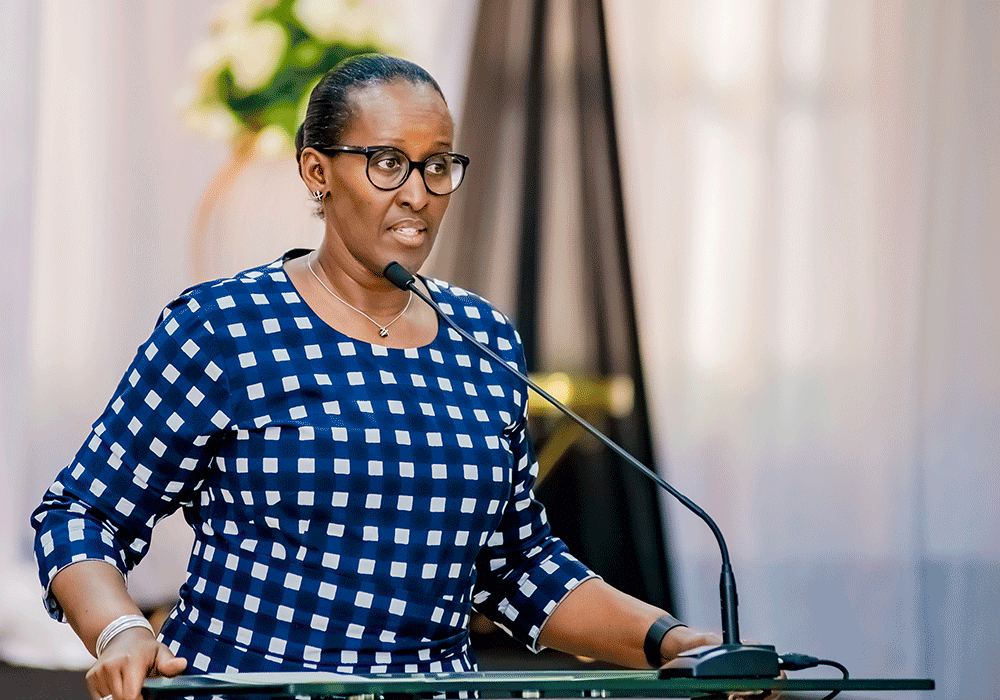 Hon Begoto Miarom, Chairperson of the AU Advisory Board on Corruption, spoke about the AU Convention on Preventing and Combating Corruption of 1993. He highlighted this as the main AU instrument in the fight against corruption and called for the ratification, domestication and implementation of the convention by Member States.

Illicit financial flows
Souad Aden-Osman, Executive Director of the Coalition for Dialogue on Africa, presented to the conference on the subject of the illegal movement of money or capital from one country to another, which costs the continent between US$50 billion and US$150 billion annually. The AU Head of the Division of Co-ordination and Outreach for the Women, Gender and Development Directorate, Victoria Maloka, outlined the AU frameworks related to the rights of women and gender equality.

The gender dimension in the fight against corruption
In her presentation, Dr Jeannette Bayisenge, Director of the Centre for Gender Studies at the University of Rwanda and the Chair of the National Women’s Council of Rwanda, stated that women were proven to be less corrupt than men because of power imbalances and indirect corruption. However, the impact of corruption affected women much more. In his presentation, Hon Senator Tito Rutaremara, the former Ombudsman of Rwanda, also stated that women were less corrupt than men and lamented the fact that current institutional arrangements and governance structures favoured men and perpetrated corruption.

Corruption in Africa
Hon Anastase Murekezi, Chief Ombudsman of Rwanda, said that corruption was a global phenomenon, not just an African one. He indicated that Rwanda was taking serious measures stemming from strong political will. National values, such as integrity, were also being taught in schools as part of the curriculum. Meanwhile, Inspector General Jules Ntete from the National Public Prosecution Authority in Rwanda emphasised the importance of a comprehensive legal framework to enable enforcement and the successful prosecution of corruption. And Memory Kachambwa, Executive Director at the African Women’s Development and Communication Network, said there was a need for efforts to be put towards the ratification and implementation of the relevant AU instruments, such as the Maputo Protocol, if combating corruption was to be successful.

Presentations on the contribution of civil society organisations in fighting corruption were made by John Bosco Nyemazi, Executive Secretary for the Rwanda Civil Society Platform, and Dangar Yankal, Chairperson of the Agency for Accelerated Regional Development (Chad). The presentations reflected on the situations in Rwanda and Chad, respectively. The presentation made by Rumbidzai Kanda-wasvika-Nhundu, Head of Political Participation and Representation Programme for International IDEA, focused on the role of money in politics, in particular the gender dimension in political financing. She stated that corruption was driven by the nature of governance and politics, where there were skewed power relations and women were under-represented in decision-making processes.

The closing remarks of the conference were made by the Speaker of the Rwandan Chamber of Deputies, Hon Donatille Mukabalisa. She said that she hoped that the resolutions and recommendations made by the conference represented political commitment by MPs to contribute towards the betterment of all citizens, including fighting corruption and ensuring gender equality in all decision-making positions.