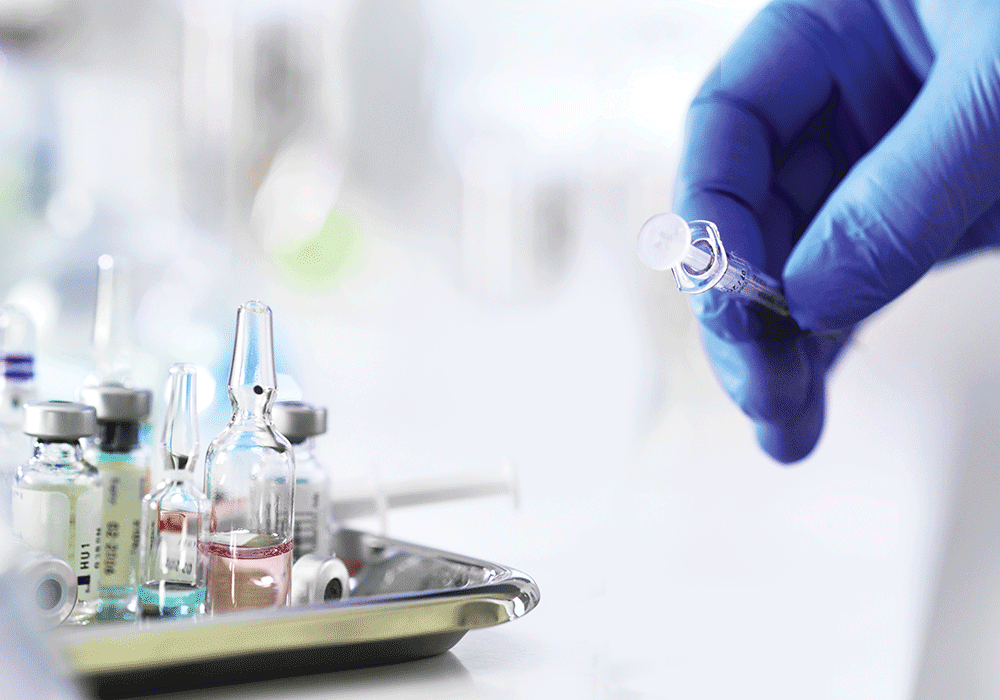 The right to health and medical care for all is guaranteed by several international and regional legal instruments. Heads of States and National Governments have made commitments to ensure better health for their people and thereby the socio-economic development of the continent. One of these commitments is the AU’s Declaration on Universal Access to Immunisation, which was adopted in January 2017 in Addis Ababa.

Learning from Tunisia
In his keynote address, then Health Minister of the Republic of Tunisia HE Abderraouf Cherif outlined Tunisia’s health strategy. Among the key focus areas were health coverage via health insurance, universal access to immunisation and how to protect and guarantee the health of young people and adolescents. This access to healthcare for every citizen is protected by the Tunisian Constitution. It’s the State’s responsibility to provide appropriate amenities to support stakeholders’ work. It also doesn’t depend entirely on external funding for its health system, which is considered to be the sovereignty of the State. In addition, Tunisia produces its own meningitis vaccine.

According to the WHO regional adviser on immunisation, in 2018 Tunisia had already achieved 72% immunisation coverage and reached 500 000 people nationwide. By early 2019, 92% of the country’s children had been immunised. One of the key challenges faced by Tunisia’s healthcare system is the volume of refugees who have been registered. Due to the country’s position, it has become a transit route to Europe and, since 2011, 1.5 million refugees have been registered on its healthcare system. However, the healthcare system is well organised. The central pharmacy co-ordinates drug distribution to minimise falsification. By 2019, life expectancy had increased to 76 years – making Tunisia the second-best country on the continent in terms of health coverage.

Learning from Guinea
Rapporteur of the Committee on Health, Labour and Social Affairs of the PAP, Hon Dr Zalikatou Diallo, was next to take the floor. She shared both the activities of the Network of Guinean Parliamentarians on Nutrition, Immunisation, HIV/Aids, Tuberculosis and Malaria (REPAGUI/NVTP), which she chairs, and the Republic of Guinea’s implementation of the Addis Declaration on Immunisation (ADI). Diallo outlined how the REPAGUI/NVTP has worked tirelessly to maintain immunisation as a priority because it is an essential component of the right to health. Immunisation also contributes up to 40% in the achievement of the UN Sustainable Development Goal 3. She also pointed out that several studies have stated that for every dollar spent on childhood immunisation in Africa, the return on investment is US$41. By expanding access to immunisation, there will be significant positive effects on families, communities and countries. Her recommendation was to urgently increase budget allocations for this important sector, and to enhance monitoring and reporting mechanisms.

As part of Guinea’s implementation of the ADI’s road map, a national forum on immunisation was organised in October 2017 in Conakry. The forum brought 420 participants together to discuss the political and technical aspects of the issue. Their deliberations led to the Conakry Declaration, where participants made commitments to ‘become champions of immunisation, to maintain universal access to immunisation, and to help the country achieve its long-term health and economic and social development goals’. The Conakry Declaration has recommendations on all aspects related to the promotion of immunisation and sustainable financing of the Expanded Programme on Immunisation.

Global TB Caucus
Dr Nazar Khalid briefed participants on the activities of the Global TB Caucus, which brings together about 1 000 Parliamentarians from around the world. In 2019, the African Caucus plans to organise its third Summit on Tuberculosis in collaboration with the PAP.

Recommendations
The implementation of the Declaration on Universal Access to Immunisation was facilitated by the development of a road map. Certain countries, such as Chad and Guinea, have already adopted initiatives for vaccination campaigns. After discussion, the following recommendations were made to Parliamentarians: